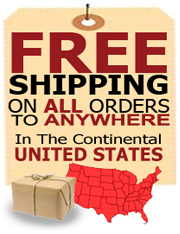 Posted by IR Compressed Air on 7/1/2014
Share |
The normal state of air, barometric, is called atmospheric pressure. When air is compressed, it is under pressure greater than that of the atmosphere and it characteristically attempts to return to its normal state. Since energy is required to compress the air, that energy is released as the air expands and returns to atmospheric pressure.
Air compressors were designed to compress air to higher pressures and harness that energy. Unlike other sources of power, no conversion from another form of energy such as heat is involved at the point of application. Compressed air or pneumatic devices are therefore characterized by a high power-to-weight or power-to volume ratio.
Not as fast as electricity, nor as slow as hydraulics, compressed air finds a broad field of applications for which its response and speed make it ideally suited. Where there is an overlap, the choice often depends on cost and efficiency, and air is likely to hold the advantage.
Compressed air produces smooth translation with more uniform force, unlike equipment that involves translatory forces in variable force field. It is a utility that is generated in house, so owners have more control over it that any other utility. In addition, air does not possess the potential shock hazard or electricity or potential fire hazard of oils.
Read more helpful hints from IR
Previous Post
Next Post
Quick View